How Cat To Dog
Relates to the
Heresy of Decisional Regeneration 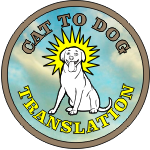 The writings of New Light Calvinists are misunderstood by modern Christians because 1) The English language has changed. 2) The meanings of theological words have been lost or truncated from what New Light Calvinists meant. 3) The truncation of ideas has resulted in the inability for modern Christians to use words conditionally, for example, the word "repentance" could be used many ways in the same sentence. For example, "repentance" could mean "change of mind", "change of heart", "desire to change", "supernatural change", "natural change", "saving change", "natural sorrow", "supernatural change of disposition", "regeneration", "cooperation with common grace", "irresistible grace", etc. For more on the New Light Calvinist understanding of repentance, please read Asahel Nettleton's sermon, Genuine Repentance Does Not Precede Regeneration.

For all these reasons, it is useful to use an entirely new language to explain what New Light Calvinist's meant, when they said, for example, "make yourself a new heart".

For that reason, when a theological concept is likely to be misunderstood, there will be a cat to dog translation like the one below by Asahel Nettleton:

“How long halt ye between two opinions…It is not for want of power. I speak now of what is usually denominated power. It is not for the want of faculties which render you capable of doing your duty. It is true, sinners represented in the Scriptures are being unable, in a certain sense, to do what God requires. But this inability arises not from the want of faculties, but from the want of disposition. They are said to be unable to do what they have no inclination to do. Thus it is said of Joseph’s brethren, that they could not speak peaceably to him. Not because they were incapable of speaking peaceably, but because they hated him, and had no disposition to speak peaceably. When I say, therefore, that it is not for the want of power that you have hitherto neglected to come to a decided choice, I mean that you might have done it had you been so disposed. It is plain that God does not condemn sinners for being unable, in this sense, to do their duty, but for being averse to their duty.” For a more complete expose by Lyman Beecher on this subject, click here.

Here are the rules of CAT to DOG language: 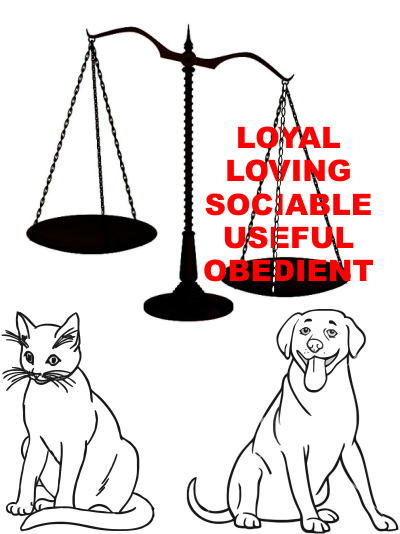 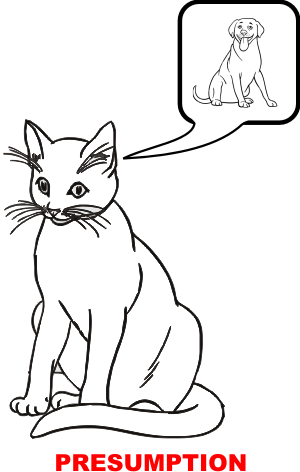 The CAT who presumes he is a DOG lives a lie. He knows he is not a DOG because:
1) He never experienced a supernatural change.
2) He may have temporarily imitated a DOG, but eventually he returned to behaving like a CAT.
3) He thought he was a DOG because a minister told him if he repeated a prayer, God would change him into a DOG, but because he has no Biblical evidence, he knows his faith was just faith that he would become a DOG if he did what the minister said (implicit faith, not saving faith).
4) He knows he is not a DOG because he does not experience what it means to be a DOG as a state of being (not just a hopeful state of mind), which is explained as the 10 "WE KNOWS" in the first epistle of John.
DOGS KNOW THEY ARE DOGS BECAUSE:
1) DOGS keep God's commandments.
2) DOGS abide in God.
3) DOGS walk as Jesus walked.
4) DOGS love DOGS.
5) DOGS have hearts that do not condemn them.
6) DOGS have the Holy Spirit in them.
7) DOGS obey the truth.
8) DOGS do not habitually sin.
9) DOGS are not controlled by the Wicked One.
10) DOGS know Jesus Christ experientially.

3) The only way a CAT can become a DOG is supernaturally, by a sovereign act of God.

4) But CAT ministers (and many misguided DOG ministers who don't know any better), tell CATS: "If you sincerely pray this salvation prayer (repeat after me), "Dear Lord Jesus, I know that I'm a sinner. I know that you died for my sins. I want to turn from my sins. I now invite you to come into my heart and my life. I want to trust you as Savior and follow you as Lord. Thank you Jesus", then I proclaim by the authority of the Word of God, you are a now a DOG. 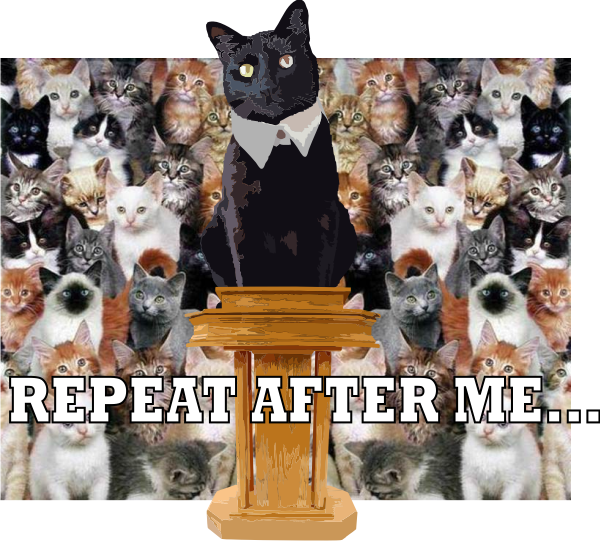 5) When CATS come to CAT ministers and say thy haven't experienced any change, they are told "don't trust your feelings, believe the Word of God", which if pretty amazing, since the Word of God says salvation without evidence is not salvation. According to the Word of God, DOGS don't sin habitually, DOGS do God's will, know Him intimately and have the witness of the Holy Spirit. But the minister gives the CAT the old 'BAIT AND SWITCH". 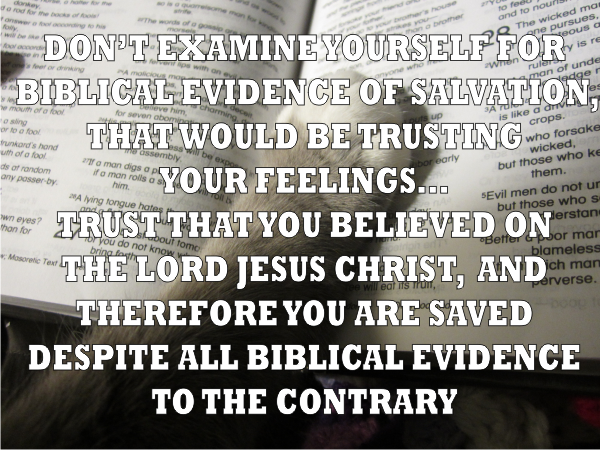 6) Billy Graham is the minister who started the practice of leading a group of seekers in a salvation prayer in the 1950's. Since then it has taken on sacramental status. A lieutenant of Graham told me that when the prayer was used in tracts by Bill Bright and others, it multiplied the problem out of all control, so now well-meaning, but ignorant ministers tell seekers if they sincerely pray the prayer, they are saved. This is THE HERESY OF DECISIONAL REGENERATION (for more on this subject, read The Graham Formula by Patrick McIntyre). Despite the fact that most seekers repeat a salvation prayer, Billy Graham (who should know better than any man alive), says only 20% of Southern Baptists (his denomination) have experienced regeneration. 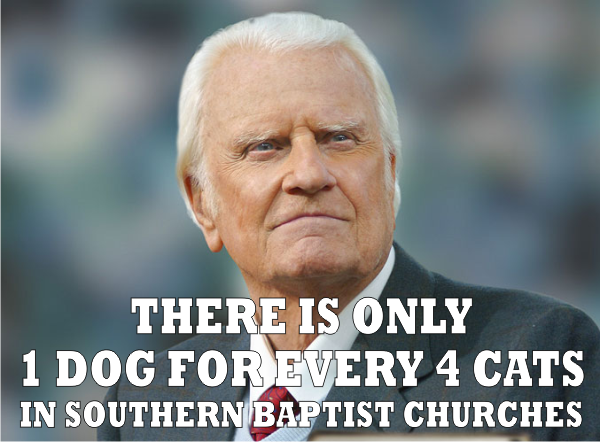