How Horace Bushnell
Relates to the
Heresy of Decisional Regeneration 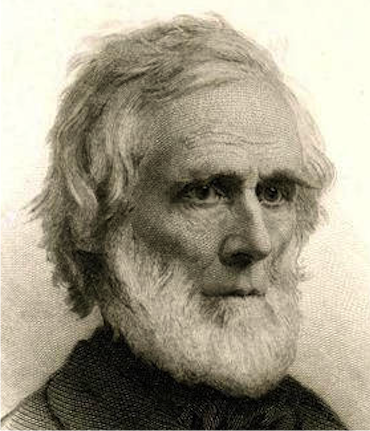 Horace Bushnell (1802-1876), is considered the "father of American religious liberalism". Educated at Yale, he rejected the American New Light Calvinism theology of Nathaniel Taylor and formed an existential view of truth from reading Samuel Taylor Coleridge, whose "intuitive" Aids to Reflection opened to him "a range of realities in a higher tier." In old age he stated that he owed more to Coleridge's book than to any other save the Bible.

In 1833 Bushnell was ordain pastor of the North (Congregational) Church in Hartford, Connecticut, where he remained until the end of his pastoral ministry in 1859. Bushnell was not a popular preacher, and his lack of success in effecting conversions abetted his search for a new system that would transcend the Old School/New School debates over regeneration among New England Congregationalists by offering a theology that would "comprehend, if possible, the truth contended for in both."

In 1847 Bushnell published Christian Nurture a landmark work in American theology whose "nurture of children", non-revivalist approach to salvation advised that "the child (can) grow up a Christian, and never know himself as being otherwise." This covert attack on revivalism as a source of church growth had decisive long-term effects for American religious history—turning the attention of the churches toward the training of the young and offering a theological rationale for the burgeoning Sunday-school movement (see D. L. Moody). It also served as a seminal theological rational for the Social Gospel Movement by bolstering a growing confidence in the redemptive potentialities of science, socialism and psychology.

Bushnell promoted salvation as metaphysical moral persuasion while dressing it up as transcedentalism.